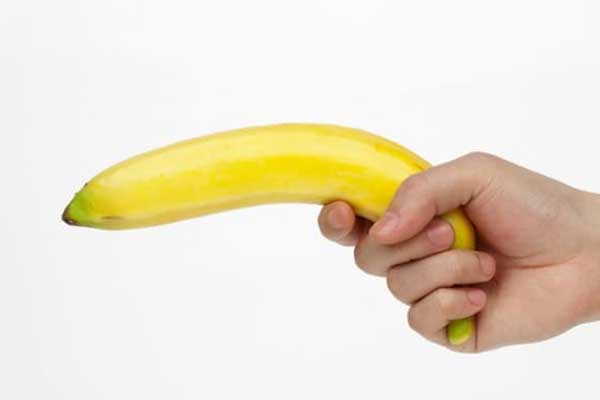 Once the genitals begin to develop while the baby is still in the womb, it is possible for the foetus to get an erection at just 10 weeks old.

If you start to see something sexy or start thinking about your wildest fantasies, you will have a psychogenic erection.

But if you have an erection while sleeping, it is called a night-time erection.

The last type is the reflexogenic erection which is what happens when physical contact occurs.

The average man has 11 erections throughout the day – and three to five while sleeping.

This phenomenon is actually just a gravity trick.

If a man dies in an upright position, gravity will cause blood to accumulate in his legs, but as they fill, they will be pushed into the penis, providing a post-mortem erection.

Penises come in all shapes and sizes and there really is no such thing as “normal”, but the average size according to science.

The average length of the erect penis is approximately 13.2 cm in length and 11.7 cm in circumference.

At normal temperatures, a resting penis usually measures 9.1 cm in length and 9.3 cm in circumference.

Most men fall within the normal range; however, some men suffer from a condition called micropenis. This is defined as being 6.35 cm or less when fully erect.

But the biggest increase was achieved with the lavender and pumpkin pie combo that increased the blood flow of the penis by 40%.

The priapism is a disorder in which men have consistent and painful erections.

Priapism is a medical emergency, which means that you must run to the hospital if it does, because if it is not treated within 24 hours, you can damage your erection for life, warns sexologist in Delhi.

A prolonged erection can permanently damage the tissues of the penis, making erections harder in the future.

Most mammals have a baculum (penis bone), but humans do not. Interestingly, other primates, like gorillas and chimpanzees, have one.

This shocking discovery was made by a French researcher who studied couples who have sex on an MRI machine.

It turns out that the penis is in the shape of a boomerang, but you would never know why the “root” is hidden by the pelvis.

According to one study, penises that are smaller when flaccid (“growing”) actually get longer when erect, compared to larger flaccid penises (“displayed”).