7 Things That Can Cause Men Sexual Problems 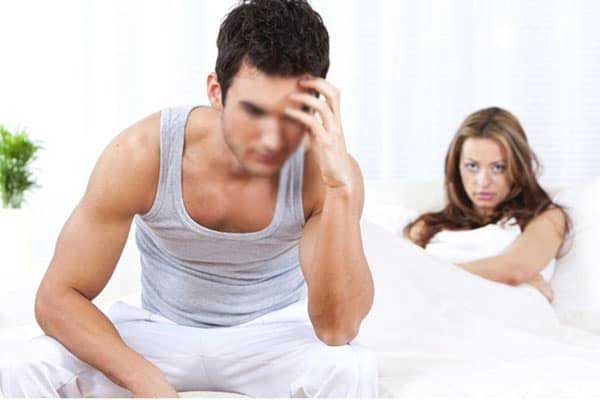 Sometimes the sex life does not work as one would wish. It may be due to failing erection, illness, decreased desire or even pain at sex. Here we have listed seven things that can cause sexual problems in men.

Impotence means that you cannot get an erection, or that you cannot maintain the erection long enough to perform satisfactory intercourse. The problem has many causes and becomes more common with increasing age (but sexual drive decreases less with age than ability does).

In addition, it is important to know that impotence (erectile dysfunction) can be an early sign of onset cardiovascular disease.

Premature ejaculation is defined when, as one receives ejaculation, within one to two minutes after the commencement of intercourse and the problem should have lasted for at least six months. Rapid ejaculation can cause problems in society if the partner needs more time to self-orgasm.

Delayed ejaculation, retarded ejaculation or orgasmic disorder is not a very unusual problem. This is as common in the elderly as in younger men.

This may be because:

… man who you do not get enough mechanical stimulation, during a sexual intercourse

… you take some drugs that can affect

… you feel great demands about the sex life, which can cause mental blockages that make the pleasure and orgasm more difficult.

Testosterone deficiency is uncommon, but lack of testosterone can cause decreased sexual desire and ability/impotence as well as increased fatigue and lack of energy.

Do you have difficulties in having sexual intercourse because your penis is curved/crooked? you may have suffered from Peyronie’s disease.

If you have suffered from Peyronie’s disease, a hardening has formed in a swollen body of the penis, which in turn can lead to curvature and pain during erection. Penetration sex can, therefore, be difficult to perform – however, the condition is not dangerous.

Depression can affect the sexual desire, which in turn can not get an erection.

Antidepressant drugs can also adversely affect your appetite and ability to react – then it may be necessary to change your medication.

As you get older, the prostate (a gland located around the urethra) can grow and push against the urethra – making it harder to urinate. An enlarged prostate does not increase the risk of prostate cancer.

Sexual life can also be adversely affected; Frequently forced urine penetration and maybe also incontinence reduce the interest in sexual activities. You may, therefore, more often or always, refrain from sexual intercourse because of their inconvenience. One consequence of this may also be that the erection ability is negatively affected.