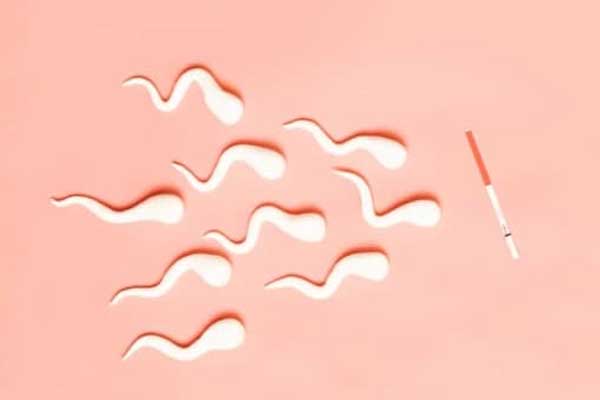 Azoospermia can occur in two types. The first is the situation in which there was some reason to stop production by the body of a man sperm, whereas previously the production of sperm was not impaired or was only slightly reduced. In most cases, such an impairment (inhibition) of sperm production is impossible to cure, so it is an irreversible situation. With reversible azoospermia we have to do when sperm production is not inhibited, and only reduced sperm and do not spread to the outside with sperm.

The basic symptom of azoospermia is the complete absence of sperm in the ejaculate (semen), which makes it impossible (temporarily or not at all) to have biological offspring. Besides, azoospermia does not cause any other disease symptoms.

The causes of reversible azoospermia include inflammation and post-inflammatory conditions within the reproductive system and obstruction of the sperm drainage pathway.

The most common cause of irreversible azoospermia are complications from childhood diseases, especially mumps. Azoospermia can also be a genetic birth defect – then it is impossible to cure it. In these cases, azoospermia is caused by mutations in the AZF gene located on the long arm of the Y chromosome.

The most common cause of congenital azoospermia, however, is underdevelopment or atrophy of the testicles. In some cases, azoospermia occurs due to medication, radiotherapy, and chemotherapy.

In summary, the causes of azoospermia include:

Lack of sperm in semen (azoospermia) can also be caused by hypothalamic disease and diseases of the pituitary gland, which impair the production of gonadotrophins (LH and FSH) and gonadoliberin (GnRH) and cause a deficiency of these hormones, thus affecting male fertility.

If the sexologist in Delhi makes an initial diagnosis of azoospermia (based on an interview with the patient and preliminary semen analysis), detailed andrological tests, hormonal tests, additional tests and, in some cases, other additional tests are necessary.

If the tests show that the ability to produce sperm is preserved (which for some reason does not escape during ejaculation), your sexologist doctor in Delhi may order a testicular biopsy for diagnostic purposes. If live sperm are obtained in this way, they are frozen, and a pair is prepared for in vitro treatment.

In the case of azoospermia that does not completely inhibit sperm production (but only sperm leakage), the number of sperm obtained by testicular biopsy is so small that in vitro fertilization is the only effective method of fertilization. If there is a complete absence of sperm in the semen (total azoospermia) in your case, a sperm bank may be considered. You can also try to fertilize the egg (in vitro) with immature spermatids.

1B, Metro Plaza, Next to Gate No. 8, Karol Bagh Metro Station, Karol Bagh,