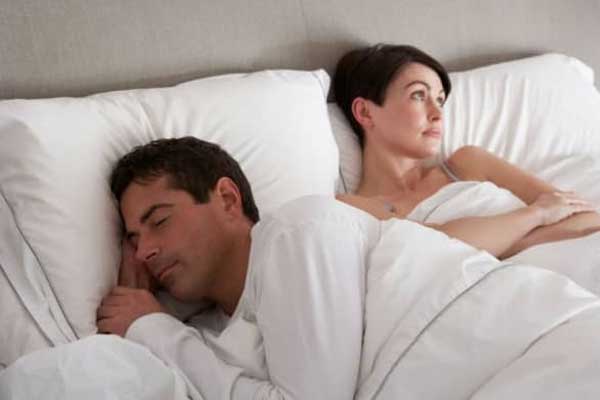 At the origin of our sexual desires, libido evolves throughout life, for physical and psychological reasons. What do we really know about her? Sexy quiz, to be completed under the covers for two!

Is libido always at its lowest in winter?

False. Ah, it is easy to pretend that winter damages our libido! But that’s an unfounded excuse because studies have only found one case in which it was proven: seasonal depression, the condition caused by lack of light in the fall and winter.

The symptoms are varied: sadness, lack of energy, difficulty in making decisions, sleep and appetite disturbances … and sometimes sexual problems. Low sex desire treatment in Delhi includes psychotherapy, and sometimes antidepressants. But apart from this case, no excuse to hang out alone under the duvet. Moreover, the desire is in oneself, it does not come only from the other. In the beginning, everything is rosy and as soon as we see each other, we jump on each other. With time, desire becomes less automatic, it then comes from oneself and is worked on. Because sexuality often comes after children, work, shopping, cleaning, friends, keeping time for sexuality is therefore essential!

It’s up to us to spice up our winter sexuality, even if it means turning up the heating thermostat to warm up our libido.

Does libido depend on hormones?

In part. Libido depends on many factors, first and foremost hormones.

In women, it evolves according to the cycle. The female desire is under the yoke of several hormones, of which the testosterone (in much less quantity than the men) and the estrogens, the female sex hormones. These are produced at a peak just before ovulation, an archaic heritage of our animal condition: they boost desire in order to ensure the reproduction of the species! But do not worry if this is not the case, some feel much less this hormonal sexual tension.

When breastfeeding, a hormone, prolactin, inhibits sexual desire. It was long believed that at menopause, libido collapsed. A study put an end to this belief: it is especially the negative received ideas about sexuality after menopause, which are responsible for its collapse. Many women over 50 have fulfilling sexuality.

In man, we often hear that they want it all the time … It’s not that simple. In men, desire is more linear than that of women, because it is conditioned by testosterone, a male sex hormone secreted continuously. But in practice, other factors must be taken into account, such as stress, which can have a negative impact on male libido.

Is the drop in libido necessarily psychological?

False! This misconception is completely wrong. The decrease in desire can be caused by diseases, for example of endocrine origin (hypothyroidism, pituitary gland tumor, etc.), depression, and the consequences of childbirth or breastfeeding.

The andropause, the equivalent of the female menopause, is defined by the drop in testosterone level. Which can alter the desire in some men? Just like some drugs: certain pills, certain antidepressants, antihypertensive (diuretics), anxiolytics, etc. It is sometimes difficult to know if it is the medicine or the condition for which it is taken, that is causing the altered libido, but it is important to talk to your sexologist in Delhi, which may be able to decrease. Doses or change medication. On the other hand, it is forbidden to stop your treatment on your own!

The psychological component of libido is very important. Conditioning oneself positively with regard to sexuality, by granting it space and time, is also important to regain desire. The advice of women’s magazines (alluring underwear, a night at a hotel, and fulfillment of fantasies …) will not revolutionize desire, especially if the origin of the drop in libido is a disease or a treatment, or if there is a marital problem behind the decline in desire. But in some, especially those who are motivated together to relaunch their desire, they help to stimulate a little vis-à-vis sexuality, to give it a real place again, to be more available and attentive for her lover. Which is far from negligible…

Is there a treatment for low libido?

In case of a decrease in libido that lasts, it is recommended to talk to your GP or a sex specialist in Delhi, who will seek to identify the cause. The support then includes the treatment of a medical origin, the adaptation of low sex desire treatment in Delhi if it is involved, psychotherapy or even couple therapy in the event of marital conflict, a frequent explanation of decreased desire!

Do stress and fatigue have an effect on libido?

Often. The stress has variable effects on libido, according to the people. It makes adrenaline secrete, a hormone antinomic of the libido: for some lovers, impossible to make love when they are very stressed. On the contrary, others seek the well-being caused by the endorphins secreted after orgasm: a good remedy against stress!

As for fatigue, it can have a devastating effect on libido: sex requires significant physical effort and emotional investment. When one is exhausted, it may be impossible to find that animal energy necessary for the sexual drive and its gratification. The mental load is often invoked by women to explain their lack of desire, they are so exhausted from dealing with everything.