Keeping a Good Erection: Everything to Counter Erection Problems 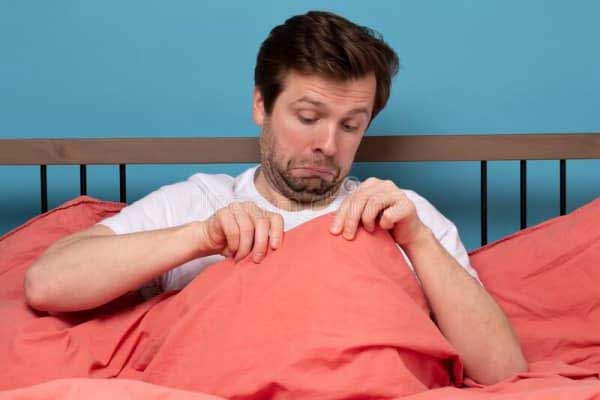 Erectile problems such as impotence affect the majority of men at least once in their life. Often transient, they are caused by physical or psychological factors. What are the different erectile dysfunction and how to counter it?

What is a male erection?

An erection is a reaction of the body due both to a physiological neurological phenomenon, which is therefore triggered by a brain mechanism and to a vascular phenomenon, in other words at the initiative of the blood system. It is a hardening and swelling of the penis due to an abundant flow of blood to the area. Concretely, the corpora cavernosa, the elements that constitute the penis, are engorged with blood, making the penis firm and dilated.

The erection can be triggered by stimulation, arousal, or sexual attraction, but not only. This is, for example, the case for nocturnal erections. It can also take place during the day, caused by a relaxation of the body or certain movements that stimulate the penis.

Erection problems: what are they?

There are several erection related disorders, which usually result in an inability to get an erection. They have different origins, whether physiological or psychic. These disorders are defined by insufficient rigidity of the corpora cavernosa, which keeps the penis in a flaccid state. This state disrupts the course of sexual intercourse and in particular prevents the penetration or practice of certain acts. Similarly, it is possible to have a “soft” erection, that is to say where the penis is not in its state of maximum rigidity.

The origin of erectile dysfunction

Most of the time, erectile dysfunction is of psychological origin: stress, a lack of self-confidence, fatigue, or sadness can counteract arousal and/or prevent an erection.

They can also come from a vascular dysfunction, that is to say at the level of arteries and blood circulation. Indeed, the penis being a highly ribbed area, a problem with blood pressure can have consequences on erection. The same goes for tobacco, alcohol, and diabetes, which influences the arteries. Finally, it can also be a hormonal problem, especially from a certain age. In men, androgen deficiency can appear, which impairs erectile functions.

Techniques to keep your erection

It is quite possible to control your erection to make it last longer while having fun. Indeed, the erection is partly controlled by the mind, by focusing on it, it is possible to maintain it for a relatively long period. This requires knowing your body and your desire well and knowing how to understand your pleasure while maintaining it at a certain level.

Impotence: what to do in the event of a “breakdown”?

As we have seen above, erectile dysfunctions can be transient and are caused by different origins. Thus, heavy consumption of alcohol, heavy fatigue, or a lack of self-confidence can cause what is commonly called a “breakdown”. Impotence is an erectile disorder that prevents men from having an erection or that causes only a partial erection.

In the event of a one-time breakdown, there is no reason to worry about a priori. Relax and try to determine the potential cause of it. On the other hand, if these impotences are repeated, it is preferable to consult a doctor to determine if a neurological or vascular dysfunction is at the origin.