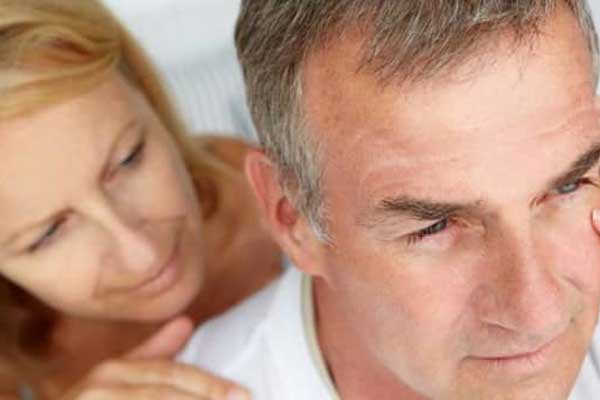 “Several symptoms that occur related to hormonal deficit overlap with the natural aging of man or even diseases prevalent in this population, which makes it a difficult task to accurately distinguish the true cause.”

The man, over the years, suffers a natural aging process of his cells generating countless repercussions in the body, as well as the progressive and slow decline of his hormonal function, especially after 40 years. It is known that the woman when approaching 50 years old, undergoes a stop of her reproductive function and important decline of her hormonal function, called menopause. In the elderly man, these reproductive changes occur slowly and gradually, with more subtle symptoms. This process is called Androgenic Deficiency in Male Aging (DAEM).

The hormone directly linked to reproductive function in men is produced by cells located in the testicles and is called testosterone (the main male androgen hormone). From the age of 40, the decline of testosterone in the body of man is around 1% per year. The term andropause, commonly used to characterize this clinical condition, should not be used, because unlike women, there is no hormonal pause, but its gradual deficit. The correct term is Androgenic Deficiency in Male Aging.

It is estimated that the proportion of individuals over 65 years of age will increase significantly over the next 30 years. Census data show that the number of Americans aged 65 and over will rise from around 40 million today to somewhere around 90 million in the next 30 years. In this context, the prevalence of diseases such as cancer, vascular diseases, and hormonal decline will increase dramatically. Therefore, age is an independent risk factor for dropping testosterone, and monitoring with a sexologist in Delhi is essential for the proper diagnosis and treatment of this condition.

Several symptoms that occur related to hormonal deficit overlap with the natural aging of man or even diseases prevalent in this population, which makes it a difficult task to accurately distinguish the true cause. The main repercussions with the drop in testosterone are decreased libido (sexual desire), erectile dysfunction (difficulty in having/maintaining a penile erection), increased body fat, loss of bone mass (osteoporosis), loss of muscle mass, decreased hair (beard, hair), anemia, depression, and irritability.

Faced with the suspicion of the hormonal decline related to the aging of man, the best sexologist in Delhi, through a complete clinical evaluation and with complementary laboratory tests, when establishing the correct diagnosis, will offer the various treatment options. There is no way to avoid this natural human aging process, but maintaining healthy living habits contributes to the prevention of diseases related to the decrease in testosterone levels.

Testosterone hormone replacement therapy is safe and effective. It is available in injectable and gel presentations for daily application. The medical follow-up of this treatment is very important for the improvement of the man’s quality of life, as it is not exempt from side effects, so it needs to be well indicated.