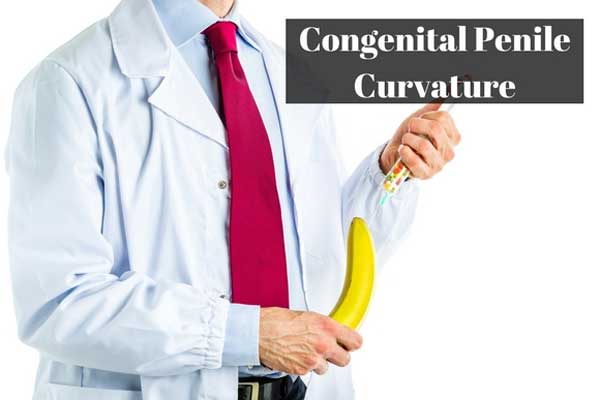 Have you ever seen a duck’s penis? It is a spiral, just like a corkscrew. Imagine for a moment that your penis is like that … Did you think you could do wonders with that? Well, ask someone with penile curvature or Peyronie’s disease. What alternatives would it have?

In the world of humans, this is not so obvious, but it is a cultural belief that a larger penis, more virile or “attractive” is considered a male. This fallacy has already been denied by science, but what about curvature?

It is unimaginable that our virile member could have such a peculiar form. What should women’s vagina be like? Nature is wise if the vagina is a direct path to the womb, the most logical thing is that all penises are straight. But no, nature sometimes plays us some passes.

It is estimated that one in ten men suffer from penile curvature or Peyronie’s disease. This refers to an abnormal curvature when the penis is in the erection.

A normal penis has a slight inflection when being erect to be able to adapt to the vagina and facilitate intercourse. But when that curvature is more pronounced than normal, it can be a serious problem not only for sexual intercourse but also because it can present pain, anxiety in the individual, difficulty in fertilization and even an “aesthetic” concern.

What happened to my penis?

It is easy to realize that your penis is not like that of others; not because you do comparisons in the gym showers, but because we all know that the erect penis is firm, straight, like an arrow.

Before drawing conclusions and panicking, let’s make it clear that each body is different. Just as there are different forms of breasts in women or torso in men, penises do not have to be all the same.

As you probably know, inside the penis there are two tubes or columns called corpora cavernosa, in addition to a conduit through which urine and semen are expelled. The corpora cavernosa are covered by a kind of elastic fabric sheath called tunica albuginea.

The penile curvature or Peyronie appears when a plate-cicatricial-hard tissue is formed in the corpora cavernosa and/or the tunica albuginea, preventing the penis “stretches” completely during erection. The penis will more commonly bend up, but it can also be down or to the side, depending on where the scar is.

If it is notorious with the first erections that the penis is not completely straight, it will be necessary to evaluate first if this is an emotional problem for the young person (anguish, complex, shame). Some penises are slightly tilted, others are more like a banana. If this is an issue that damages the male’s self-esteem, the concern can be cleared by visiting a sexologist in Delhi to guide us about the health status of our “friend.”

Until now there is no absolute certainty that the penile curvature has a genetic origin, although there are several investigations that point to a hereditary factor.

Now, what happens when the curvature appears suddenly or gradually, at a more mature age?

In most cases of Peyronie’s disease, it has been determined that the cause may be an injury to the genital area, whether due to microtrauma during sexual intercourse (sudden blows), some physical activity such as cycling, an accident (fracture of the penis) or radiation treatments to fight prostate cancer or surgeries that have scarred poorly.

When an injury occurs, the body’s cells act forming a scar. If this process takes place, say, disorganized, a knot can occur in the tissues and as a result, the curvature, shortening or narrowing of the penis.

When is penile curvature or Peyronie’s disease considered?

It is called Curvature congenital to that which appears at birth and is manifested with the first erections in adolescence or early adulthood. According to the best sexologist in Delhi, this type of curvature could be due to a difference in size between the corpora cavernosa and the urethra, when the former is longer than the second, causing a penis to tilt down or to the side. This type of curvature is not considered serious since usually there is no fibrous or scar tissue, it does not usually evolve and does not reduce the size of the penis.

However, if the inclination is greater than 30 °, it could interfere with sexual relations and eventually lead to Peyronie’s disease, because the penis is forced too much into the penetration, injuring itself.

On the other hand, if the abnormality is not “from birth”, but occurs at some other time in life, it is called Acquired Curvature and is usually due to Peyronie’s Disease.

If we remember our geometry classes, we can more or less calculate what an angle of 30º is like. From this inclination, it is considered an abnormal curvature that must be taken care of. In extreme cases, the stooping can reach 60º or form a perfect right angle of 90º, like an “L”.

There is another factor – perhaps the most important – to take into account to go to the top sexologist in Delhi if you have a curved penis: that penetration is impossible or painful for any of the partners.

Although eroticism has many ways of expressing itself, sexual relations cannot always focus on manual or oral games. Sex in all its fullness requires penetration, especially when seeking to procreate.

If the curvature, whatever the degree, does not pose a difficulty for the above, does not bother the sufferer or the couple, the patient may not consider it necessary to visit a doctor. However, it is important to know that Peyronie’s Disease is progressive. Over time, the curvature becomes more pronounced, shortening the penis. Surely for many men, this is a great mortification. What to do then?

What treatment alternative is there for penile curvature or Peyronie’s disease?

When talking about penile curvature or Peyronie’s disease, probably the first thing you think about is surgery. It is scary, of course, that may be the reason for not seeking medical help.

You will be glad to know that surgery is the last alternative, it is recommended only in extreme cases, where other types of treatments have not worked.

Before reaching a surgical intervention, a sex specialist in Delhi can offer you non-invasive solutions that, it has been proven, give very good results.

Can penile curvature or Peyronie’s disease be treated with medication?

This issue is controversial among the medical community. Although few medications taken or applied topically have shown proven results, some doctors believe that pharmacological treatments with vitamin E, corticosteroids or even hormones can help.

Is surgery the only alternative for those with penile curvature or Peyronie’s disease?

Definitely not. We already explain the benefit of medications. However, extreme cases can occur where the penile lesion has been many years of progress or for some special cause, the patient does not find a visible improvement with the first-line treatment.

Surgery is only recommended in cases where Peyronie ‘s disease is very severe and also causes erectile dysfunction.

There are various surgical techniques to correct the curvature of the penis. Explaining each of them is not the subject of this article. A sex doctor in Delhi specialized in penile surgery is the best qualified to inform about what type of intervention is indicated, depending on the condition of each patient.

Dr. P K Gupta, sex specialist doctor in Delhi, states that there are two fundamental rules that must be followed in penile curvature surgery: the number one is that “ the best penile surgery is the first. Reoperations are more difficult and with worse results. The second rule is that penile incursion surgery must be performed at the right time and apply the most appropriate technique for each incursion. ”

Penile curvature or Peyronie ‘s disease is a condition that men do not talk about. Unlike other conditions such as premature ejaculation, this physical anomaly is difficult to hide … and ignore. While the penis remains functional, the aesthetic appearance will be of little importance to some. Let us not fool ourselves, just as a woman can cause insecurity, shame or complexing her breasts too small, a “physical defect” in the penis can rob a man of self-confidence and pleasure with his partner.

This problem tends to get worse and can become an impediment to having sex, let alone pleasurable, simply having them!

The ducks can be proud of the shape of their penis and go singing happily “cué cué”. A man, no. But you don’t have to suffer in silence or settle for a half-sex life.

If you suffer from penile curvature or Peyronie’s disease, there is an excellent treatment alternative before surgery.

Consult the sexologist doctor in Delhi and learn about advanced medical technology to treat penile curvature.