Premature ejaculation, what if it was in the head? 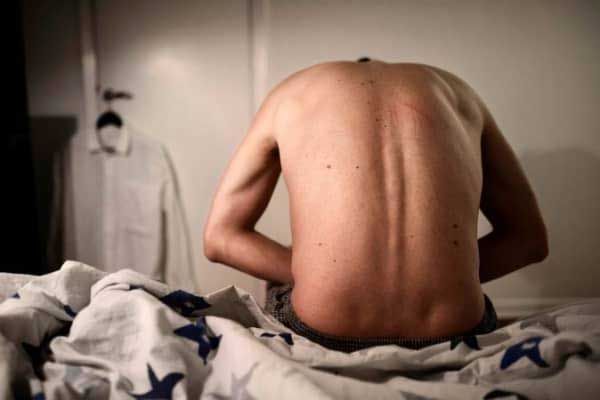 Why can some men delay ejaculation and others not? Premature ejaculation is still poorly understood today. Some sexologists in Delhi may preach that ejaculating quickly is a false problem, the fact remains that the sexuality of many couples is disturbed. Research would finally explain this phenomenon.

For some, premature ejaculation is a false problem, which women, emancipation requires, would be at the origin! Always more demanding, they would claim the right to pleasure and require men to know how to hold back. From there to make the fairer sex responsible for this sexual disorder, there is only one step … that some do not hesitate to take. Basically, if women knew how to content themselves with what is offered to them, there would no longer be an early ejaculator but only men who would ejaculate more or less quickly! … Fortunately, some sexologist in Delhi does not see it with this eye.

How is premature ejaculation defined?

We speak of premature ejaculation when the man cannot control his excitement and the time of ejaculation. There is no defined duration. It can occur before, during, or just after penetration. It is not a disease; the early ejaculator works very well sexually. About 30% of men face this problem on a regular basis.

Men who are concerned with premature ejaculation have greater excitability than others. The origin of this problem is not very well known but premature ejaculation is considered to be multifactorial. For a long time, it was considered that the cause was partly psycho-behavioral. The stress, in particular, is often put forward in sexual problems, like the fear of failure.

But it can also be due to the consumption of certain drugs (cocaine, amphetamines) or more rarely to certain organic pathologies (too short foreskin, infection of the urethra or prostate …).

Premature ejaculation: the role of serotonin

The biological origin is also more and more put forward. It has been known for a few years that drugs usually used as antidepressants, the ” serotonin reuptake inhibitors ” make it possible to lengthen the delay in ejaculation in early ejaculators. But we did not know the mechanisms involved.

It is now done; a team of Dutch researchers having demonstrated that specific serotonin receptors are involved. These receptors, located in the central nervous system, are less sensitive to serotonin in early ejaculators. This lower sensitivity does not allow the man to delay his ejaculation. Serotonin reuptake inhibitors cause a longer action of serotonin which helps to overcome their insufficiency.

Since April 2013, a first treatment, dapoxetine has received a marketing authorization (MA) in the treatment of premature ejaculation in men aged 18 to 64 years.

This discovery only sheds light on the mechanisms involved in triggering ejaculation. The veil is just lifted. Research on the neurobiology of human sexuality is still in its infancy. Similarly, studies on this sexual dysfunction are still questionable.

In 2001, an article surprised that no rigorous definition of this symptom was retained internationally. The criteria for inclusion in the studies are left to the discretion of the patient who calls himself a premature ejaculator, which discredits the conclusions of his clinical studies.

However, the methods of learning to control ejaculation have proven themselves. Their effectiveness, which varies greatly from one man to another, can be explained by the more or less pronounced sensitivity of these serotonin receptors.