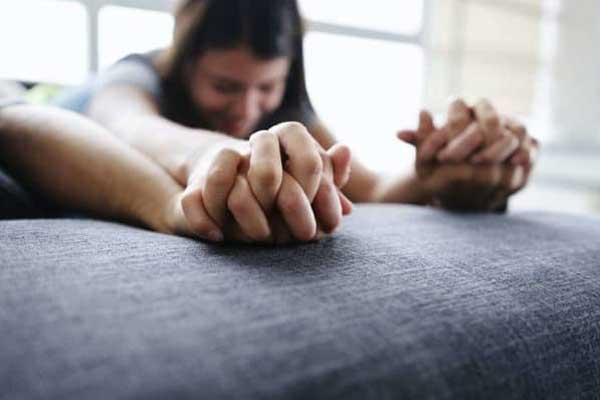 What is a sexual response?

The sexual response refers to the cycle of human sexuality that includes the process of desire, arousal, and orgasm in men and women. The sexual response consists of several phases that, in general, follow one another in the order that you will find below. For example, it is difficult to reach an intense and pleasant orgasm without having previously gone through a phase of increased arousal.

Specifically, the phases of sexual response are as follows:

Although men and women share these phases, in each of the sexes there are a series of physiological aspects and reactions, as well as a series of anatomical changes, that differentiate us. Below we will address in more detail what happens in each of these phases and how they vary in them.

The desire phase in women

It is not uncommon to hear that in women desire is something complex and even incomprehensible; however, the heart of the matter is simply the fact that female desire functions not identically to male desire. Visual stimuli, for example, have less of an effect on women, while emotions, imagination, and sensual caresses play an important role.

The desire phase in men

In general, male desire is triggered many times by a visual stimulus, and also by imagined stimuli or sexual fantasies. Of course, as in the case of women, it is also triggered by a series of tactile stimuli that the person perceives as pleasant, exciting, and satisfying.

In general, male desire and arousal are usually associated with penis erection, although, although this association is often true, there are always exceptions and there may be desire without an erection and even excitement without desire.

Of course, many men break the mold and surprise their partners with original wishes and innovative ideas. Ultimately, every man and every woman can have their own desire triggers, and these may be different from other peoples. The search for normality, or socially standardized desire, is often a great enemy of sexual desire.

Throughout this phase –the second within the sexual response–, in both men and women, the heart rate accelerates, our blood pressure rises and our muscles become tenser and tenser.

The clitoris swells, or what is the same, remains erect, and the labia major and minor also swell and their color becomes more intense, as blood flows into it.

As we progress through this stage, the glans of the clitoris – the visible part of this organ of pleasure – retracts and is covered by the cap. This is important as it may mean that we want a change in how we stimulate ourselves. In addition, the vagina becomes lubricated and enlarged, the uterus rises, and the nipples harden and increase in size.

The vasocongestion of the male genital area causes the erection of the penis, in addition the scrotum swells and the testicles rise. Some men, as in the case of women, also experience a tightening of the nipples and an increase in their sensitivity.

As we advance in this phase, and the excitement increases, the hardness of the shaft of the penis and the glans intensifies, and its color become more purplish. All this is due to the influx of blood into the corpora cavernosa, which is the erectile tissue of the penis. Cowper’s glands or bulbourethral glands secrete precum to acidify the urethra and prepare it for the passage of semen during the orgasmic phase.

When arousal increases and a threshold is exceeded, orgasm arrives. In the orgasmic phase – the third within the sexual response – the muscular tension that we had accumulated during the increasing arousal intensifies even more and is released shortly thereafter. Our breathing continues to increase in rate, as do our heart rate and blood pressure. It is the highest expression of the arousal phase.

The orgasmic phase is characterized by a series of contractions that begin in the outer third of the vagina, extending toward the vulva and anus, and into the uterus. These contractions, which are very intense at first and then softer, take place at 0.8-second intervals. The number of contractions ranges from three to fifteen, depending on each woman; her age, her orgasmic frequency, the muscle tone of her puboccyocgeal muscles, the level of arousal, and the quality of the stimuli, for example. These are generally very pleasant contractions.

These spasmodic contractions refer to the organic phenomenon, but a woman is much more than her body and, consequently, the perception of this is a very personal experience, closely related to the degree of abandonment to the sensations of pleasure and her expectations of satisfaction. In this, men and women fully agree.

As in the case of women, spasmodic contractions also occur every 0.8 seconds, they are usually very pleasant and are perceived in a subjective and significant way by each man, but, unlike the female orgasmic response, the male has two phases: the emission phase and the ejaculation phase.

In the emission phase, the prostate and seminal vesicles contract, and the semen reaches the base of the urethra. It is the moment when you have the feeling of no return, that ejaculation is inevitable and imminent. Then the ejaculation phase begins, giving rise to contractions in the urethra and penis that cause the semen to escape.

Differences in orgasm between men and women

Female sexual anatomy and physiology work in such a way that they do not require a period of rest between orgasm and orgasm. If stimulation continues after the first orgasm, in women arousal can again reach the threshold that will lead to another orgasm. This is why a woman can be multi-orgasmic.

In the case of men, on the contrary, after ejaculation, there is a refractory period that lengthens the time necessary between one orgasm and another, as we will see below in the resolution phase.

After orgasm or orgasms, when stimulation ceases, the body prepares to return to the equilibrium phase before the cycle of sexual response begins. The heart rate, blood pressure, respiration, muscle tension, and vasocongestion in the genital area gradually disappear to give rise to the usual rhythm and coloration of our body at rest.

In this resolution phase, it is interesting to leave us a space to enjoy these invaluable moments and not run away to resume daily obligations.

The swelling of the clitoris and the labia major and minor disappears, and the glans is visible again; the vagina and uterus regain their usual position, and the nipples their previous texture and hardness.

The erection decreases, and the scrotum and testicles also regain their normal position. After ejaculation, which is not necessarily orgasm, the refractory period begins, which is the time a man needs to be able to start the entire cycle of sexual response again. This period has a variable duration depending on age and health status. In adolescents and young people, it can go from one to several hours, while in adults and in old age it can last even several days. During this time, the man will re-manufacture the pre-seminal and seminal fluids that are necessary for the male sexual response to occur.

In both women and men, the entire process of sexual response is accompanied by emotions and feelings, and a desired and expected excitement will not be experienced the same as excitement that we consider inappropriate. The feeling of adequacy is very important in our sexuality. In the same way, so are realistic expectations about what we can expect from our body, in addition to the knowledge to get the most out of our senses.

It is still a myth that satisfaction comes by itself. Therefore, whether you are a man or a woman, the best proposal is to explore and discover in a playful way the potentialities of each of the phases of your sexual response, suggests sexologist in Delhi.