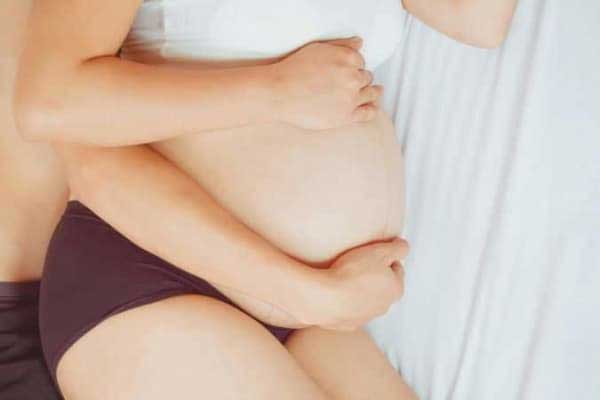 “Many factors in addition to the biology of pregnancy intervene to determine the patterns of sexual behavior during pregnancy. The way a woman feels motherhood, the quality (or absence) of her marriage, cultural expectations, pre-existing sexual attitude, and other individual considerations are undoubtedly of the utmost importance. The presence of medical complications in the pregnant woman or the concern about abortion or genetic complications of the fetus, will also influence sexual behavior. ”

When talking about sexuality in pregnancy, it is necessary to take into account that there may be changes due to the physiological and psychological changes that are characteristic of each trimester. On the other hand, the way in which the couple experiences their sexuality is conditioned by the individuality of each of the partners and by their social context, which in turn is a reflection of a set of beliefs, traditions, and myths.

Since during pregnancy, the genitals and breasts will be the preferred targets of hormones, and these are also the preferred targets of sexual responses, changes in sexuality during pregnancy turn out to be inevitable and understandable. Many other structures change, from rounded shapes to widening holes, and all of these can have a positive or negative effect on the couple’s intimate relationship.

This phase is characterized by the increase and stiffness of the breasts, vaginal tension, nausea and vomiting, tiredness, and nausea, all of these factors justify the decrease in desire and sexual response.

The second trimester is a period of calm, more comfortable for women. There is an increase in vascularization and engorgement of the breasts, the labia majora, and the vagina, which increase sexual tension, facilitating orgastic capacity, in addition, the discomfort due to excess tension observed in the first trimester is mitigated. Some women describe a significant improvement in sexual intercourse at this stage.

This quarter has the most differences from case to case. Certain women will continue to express an increased interest in sexuality, while in most cases there is a marked reduction in sexual relations in relation to the second trimester. It should be noted that at this stage of pregnancy the abdomen has a greater weight and volume, in addition to heartburn, muscle pain, and possible outflow of milk, caused by excitation and/or strong uterine contractions after orgasm. It should be noted that in this phase the libido remains elevated, due to the abundant vaginal lubrication and the increase of the pelvic pressure of the uterus, which increases the resolution time, increasing the orgasm.

It is important to note that there are some factors that have an impact on sexual desire, some that are constant throughout pregnancy, others that are more frequent in the third trimester, among which the body self-image, the fear of hurting the baby can be highlighted, as well as the size of the woman’s abdomen that can cause discomfort in certain sexual positions, for example, in the missionary position.