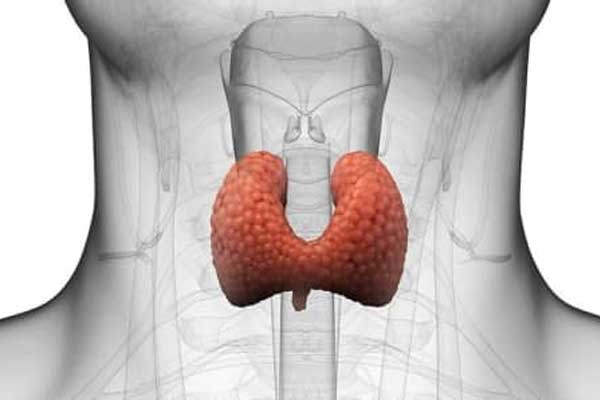 Thyroid diseases and their impact on male and female sexual function is an issue that has not been historically given greater importance in sexual medicine, in relation to -for example- the impact of diabetes or high blood pressure. But fortunately, the trend is beginning to reverse, as in the last decade we found an increase in the number of well-designed studies exploring this relationship. Considering that thyroid diseases are quite common in the general population, it is reasonable and desirable that this is happening.

Let’s start by defining these pathologies. Hypothyroidism is characterized by the fact that the thyroid gland does not produce the amount of thyroid hormones that are needed for the normal functioning of the body, while hyperthyroidism is the excess production of these hormones.

Hypothyroidism and hyperthyroidism are common medical disorders that manifest in a wide variety of ways that have been well described in the medical literature. Primary hypothyroidism accounts for 95% of all forms of hypothyroidism. In contrast, hyperthyroidism has a larger and larger number of etiologies. Regarding symptoms, hypothyroidism manifests itself with symptoms such as weight gain, fatigue, constipation, cold intolerance, cognitive slowness, dry skin, edema, myalgia, and also menstrual irregularities. For its part, hyperthyroidism occurs in both sexes with a combination of increased appetite and weight loss, heat intolerance, tremors, palpitations, emotional lability, and anxiety.

The primary treatment for hypothyroidism is replacement therapy in the form of synthetic T4. Modalities for the treatment of hyperthyroidism include radioactive iodine, various antithyroid medications, and thyroidectomy.

Thyroid disorders have been associated, as we will see below, with significant disturbances in male and female sexual function.

The limited number of studies available on the prevalence of the dysfunction in patients with hypothyroidism has shown that more than 60% of men with this condition experience erectile dysfunction. With regard to female sexual dysfunction, studies show figures ranging from 21% to 46%.

In relation to the mechanisms through which thyroid deficiency can exert direct and indirect effects on sexual function, in the case of men it is the alteration of the regulation of the hypothalamic-pituitary-gonadal axis, which leads to a reduction in circulating sex hormone levels. In women, studies have shown that low circulating thyroid hormone is the single most important factor driving sexual dysfunction. Studies have also revealed that prolonged primary hypothyroidism can lead to hyperprolactinemia, which is another potential mechanism for sexual dysfunction that applies to both men and women. On the other hand, hypothyroidism is associated with fatigue,

In men, the prevalence of sexual dysfunction in patients with hyperthyroidism has been estimated to be 48% to 77%, and in women, it is 44% to 60%.

Similar to mechanisms seen in patients with hypothyroidism, studies have shown that hyperthyroidism can, directly and indirectly, modulate sexual function. Although the exact mechanism remains a matter of debate, three pathways have been implicated: sympathetic, endocrine, and psychiatric.

In relation to the treatment, the correction of hypothyroidism in men and women produced positive effects on sexual function, normalizing the phases of desire, arousal, and increasing levels of sexual satisfaction. Studies also show a significant improvement in sexual function in hyperthyroid patients treated with antithyroid medications.

In conclusion, the recent evidence presented in this review suggests that thyroid axis dysregulation plays an important role in sexual dysfunction that cannot be overlooked. Correction of thyroid hormone deficiency or excess was associated with an evident resolution of sexual dysfunction in male and female patients with hypothyroidism or hyperthyroidism.

By deepening the understanding of the relationship between thyroid disease and sexual dysfunction, sexologist in Delhi working in the field of sexual medicine can more accurately and rapidly identify patients with these conditions, as well as resolve associated sexual symptoms through treating the underlying thyroid disorder.