Too little ejaculate? You can change that! 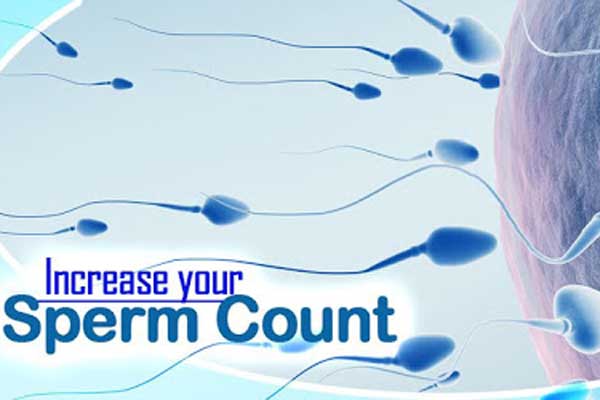 Some men are worried when they notice that their ejaculate is getting less, so the amount of ejaculate is reduced. This can have several reasons but is basically nothing to worry about.

Which factors determine the ejaculate volume?

If a man gets an orgasm, he usually ejaculates too. But ejaculation and orgasm can also be done separately. But that is rarely the case. The normal ejaculate volume is between 1.25 and 4 ml – which is about a quarter to a full teaspoon. Men who ejaculate frequently in succession usually have a reduced volume of ejaculate.

At the age of 30, men produce the largest amounts of ejaculate. With increasing age, the ejaculate volume decreases. Genetics, diet, smoking and general health can affect ejaculate volume.

In conclusion, a healthy diet and lifestyle can have a positive effect on ejaculate volume. But it is also important to know that the middle lobe of the prostate (male prostate gland) often increases with age. This results in less ejaculate. Some men also complain that the ejaculate no longer “shoots out” but just trickles out. This is related to how the power of the muscular system and the pelvic floor are formed.

This power can be trained. So you can build more tension by the pelvic floor muscles is stimulated with special training sessions. But even the transfer of the urethra, which is caused for example by inflammatory processes and sometimes leads to so-called strictures in the urethra, can lead to the pressure of ejaculation is reduced. Or that the entire volume of ejaculate is not visible, because a part runs back. Medication and surgery can also cause men to experience retrograde ejaculation (which is ejaculation into the bladder) or to optically reduce ejaculate volume. If you have further questions, an experienced sexologist in Delhi will help you.

How to increase your sperm intake

But how can the sperm quantity be increased? There are several possibilities for that:

How important is the ejaculate volume in men?

Many men attach great importance to the amount of their ejaculate. They correlate these with their masculinity. It happens again and again that men feel bad about decreasing the volume of ejaculate. Some also feel that the more ejaculate produced by orgasm, the more sexually excited they are. Anyway, the ejaculate volume is very individual! Some men ejaculate more, others less. But that has little to do with her masculinity! Because sexual fulfillment is independent of ejaculate volume.

The widespread uncertainty in this regard, among other things, also results from pornographic depictions, where often very large amounts of ejaculate are shown. Many believe that this is normal – it is often used in front of the camera with fake ejaculate. Anyone feeling insecure about their ejaculate volume should definitely discuss this with their sexologist doctor in Delhi.

Increase ejaculate volume: what you should look out for

In principle, care should be taken that the testes are not exposed directly to too high a temperature. An increased temperature exposure of the testicles – especially over a longer period of time – can lead to the fact that the fertility critical ejaculate parameters suffer and/or worsen. Important in this context: Basically elevated temperatures have no significant influence on the ejaculate volume.

In addition, men should be careful not to consume too much-saturated fat. Because they can cause osmotic changes in the sperm.

Saturated fatty acids are found in all animal foods, such as butter, dairy, meat, and sausages, as well as the readiest meals and fast foods. In addition, they are part of some vegetable fats, which include coconut oil or hydrogenated vegetable fat. The saturated fatty acids slow down metabolism and often lead to high cholesterol, rheumatism, cardiovascular disease and increased risk of a heart attack.