What Is Premature Ejaculation And How Can It Affect Your Life? 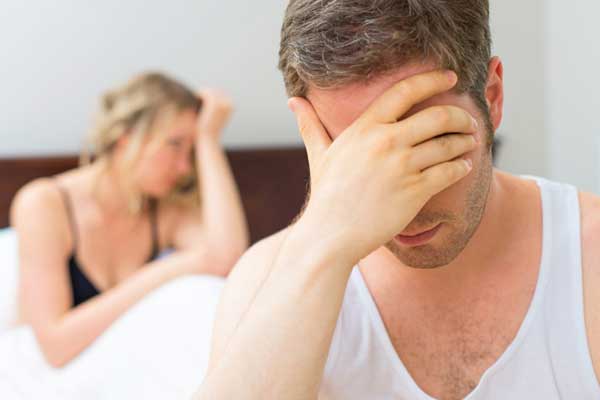 What is premature ejaculation? Basically, it occurs when a man can’t properly control his ejaculation and comes earlier than he wants.

The diagnosis of premature ejaculation should depend not only on how quickly a man ejaculates, or how the couple responds, but on the quality of ejaculatory control that must be natural, easy and voluntary.

Many people judge premature ejaculation (also called “PE”) based on how long they last in bed.

If a person regularly lasts 15 seconds, 30 seconds, or less than 1 minute in bed, then it is safe to say that they have PEs.

But what if you last 2 minutes?

The definition of gap

Let’s look at the other end of the spectrum: 6 minutes. That sounds great, doesn’t it? In fact, when we are talking about the definition of gap, you could classify an average duration of 6 minutes as PE. And here’s why.

The average woman needs between 5 and 15 minutes of sex to have an orgasm. Meanwhile, men last 2 to 6 minutes.

You’re probably starting to see why PE is such a common sexual problem; 40% to 50% of men suffer from premature ejaculation.

If you currently have a duration of 4 minutes in bed but your wife needs 5 to 15 minutes to have an orgasm, then you are suffering from premature ejaculation.

The definition of impact

An individual who lasts 15 seconds during sex obviously has a sexual problem, and often says to himself: “This is having a negative impact on my life. I want to do something about it.”

Another guy could last 5 or 10 minutes on average, but he’s not able to give an orgasm to the woman and feels this negatively affects him. This person also suffers from PE, as their sex life is affected by their poor sexual performance.

This sexual problem can be classified as primary or secondary premature ejaculation.

It would be considered primary if you have the climax within 1 minute of starting the copulation. Obviously, this can contribute to a brutal lack of sexual confidence and can occasionally result in a man avoiding sex altogether.

These are the most serious cases, as a man’s sex life can be completely thwarted. In addition, there may be physiological as well as psychological causes.

Secondary premature ejaculation is something more like what was mentioned earlier in the definition of impact: having a climax before the couple has had a chance to have orgasm.

The man may have an average sexual duration, but it is not enough to satisfy his sexual partner, and this causes him problems.

You can still enjoy a reasonably satisfying sex life, but you definitely have to improve to have a full sex life.

Is premature ejaculation really a problem?

Ejaculating quickly is not a problem for all men or all their partners. Some men don’t mind coming quickly once they have entered a woman’s vagina and some women don’t bother about the lack of control of their sexual partners.

A number of men simply accept their lack of control. They don’t let this spoil their sexual pleasure and, in fact, many of these men have active sex lives.

Similarly, some women accept the rapid ejaculation of their partners and are pleased with other aspects of the sexual act, such as oral sex. In addition, other women can keep up with their partner by learning to reach the climax quickly.

Some men with premature ejaculation are sensual and skilled lovers who know how to stimulate their partner through contact manually or orally, before sex or after ejaculating, or before and after, so that their rapid ejaculations do not interfere with the sexual pleasure of their partner.

But it is more common for premature ejaculation to be a source of distress for man and his partner as well. And, unless both are sympathetic and mature, this condition can have a destructive impact on a partner’s sex life and can eventually threaten their entire relationship.

If you’ve done a quick online search, then you know there are many natural ways to avoid premature ejaculation.

Some of these options include extra-thick condoms, desensitizing creams, sex therapy, Kegel exercises, topical creams, and reprogramming of ejaculation triggers.

The good news is this: the problem of premature ejaculation is relatively widespread, but most importantly it is treatable and most of the time it is not necessary to consult a sexologist in Delhi.

If you come to understand WHY you’re ending too soon during intercourse, you can use the most appropriate remedies to fix your ejaculation problems forever and enjoy the ultimate long-lasting sexual experience.

Should you seek medical attention?

If after trying several remedies to avoid premature ejaculation, this problem continues to cause tremendous difficulty in your sex life and that of your partner, you may want to consider seeing the best sexologist in Delhi. It will be able to provide you with advice and a suitable premature ejaculation treatment in Delhi.